Why the Coosa Floods

Why do some lakes on the Coosa flood when others don’t? As we’ll explain, it’s because some lakes are flood control lakes whereas other lakes are what we call “run of river.”

Lay Lake, Lake Mitchell and Lake Jordan are run of river lakes. Their levels do not vary considerably throughout the year. At any given time, approximately the same amount of water being let into the lake is being let out of the lake. This is controlled by both generators and flood gates which are opened in a big rain. As a result, homes can be built much closer to the water on these lakes.

Weiss, Neely Henry and Logan Martin Lakes are all flood control lakes. These three lakes are lowered in the winter, which is the rainy season in Alabama, so that when the big rains come, the lake level can be let up without causing damage to private property or the dams themselves. In fact, sometimes the lake comes up even higher than it normally is in the summer. This is why homes on these lakes are all higher up off the water.

When Alabama Power originally constructed the lakes, they acquired property rights and flood easements which legally allow them to flood these lakes up to certain levels. Many people living on Logan Martin and Neely Henry may not realize that they do not actually own all of the land at their lake property from their house down to the water. They only own the land above Alabama Power’s fee ownership elevation, as listed below.

Ranges provided in the above table indicate that the exact fee ownership and flood easement elevations vary by parcel across the lake. Check your deed to see what elevations apply to your individual property.

If you live on a flood control lake, you can protect your personal property from damage by ensuring that anything you keep on your property in the flood easement is secure. Most of us who have spent a good bit of time on the lake in the winter have seen a dock floating downriver that wasn’t properly secured to shore. It’s quite a sight! Even more common is assorted items left lying about on the ground.

This blog post was written by Frank Chitwood, Staff Riverkeeper 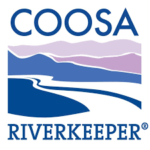