The Alabama Power Company released an Emergency Action Plan for the Gaston Steam Plant in Wilsonville including maps detailing areas that would be inundated with coal ash if the Plant’s dams were to fail. Failures have occurred at these types of dams in the recent past, like in the TVA Kingston Coal Ash Spill of 2008 or the Duke Energy Dan River Spill in 2014, and the outcomes were disastrous. Coal ash is the waste product left over from the burning of coal. It contains toxic metals like arsenic, lead and mercury.  Based on the maps, several important areas are in the path of danger.

Frank Chitwood, Staff Riverkeeper, says “The Emergency Action Plan puts into words the real dangers we’ve worried about for decades: that a disaster at Plant Gaston could damage drinking water infrastructure, force the evacuation of hundreds of homeowners, and ruin fishing and boating on a very popular stretch of river.” 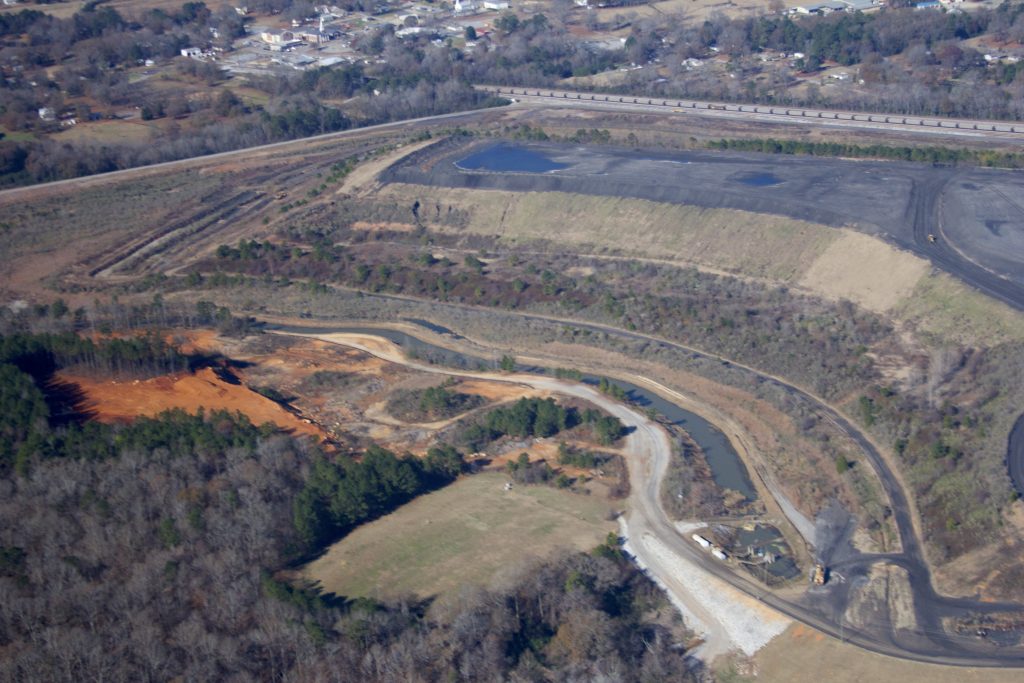 Based on the Emergency Action Plan, in some scenarios of a failure at the Plant, a wave of coal ash could reach:

“The danger posed by the location of the Gaston coal ash pond is precisely why, when the pond is closed within the next decade, the coal ash should be removed away from the Coosa River on Lay Lake and properly disposed of in a lined landfill,” says Justinn Overton, Executive Director of Coosa Riverkeeper. “Most Alabamians do the right thing and pay the trash bill to have their garbage picked up and taken to a landfill. The Alabama Power Company should be a good neighbor and do the same instead of leaving this toxic waste right next this important river.”

The Gaston Plant coal ash pond, originally constructed in the early 1950’s, contains approximately 637 million cubic feet of coal ash. An Initial Hazard Potential Assessment of Plant Gaston classified the ash pond as having a High Hazard Potential because a failure could potentially result in a loss of human life. Alabama Power Company will soon have to disclose groundwater monitoring data near the pond for the first time, which would indicate if the ponds have contaminated local groundwater in Wilsonville. The Town of Wilsonville owned a well close to the dam in 1997 but sold it to the power plant two years later.  In 2015, the year of the most recently available data, the Gaston Steam Plant was the largest discharger of cancer-causing chemicals, developmental toxins and reproductive toxins to the Coosa River, according to self-reported data in the Toxics Release Inventory. Alabama Power Company and its parent, Southern Company, have been fierce opponents to regulations of coal ash. 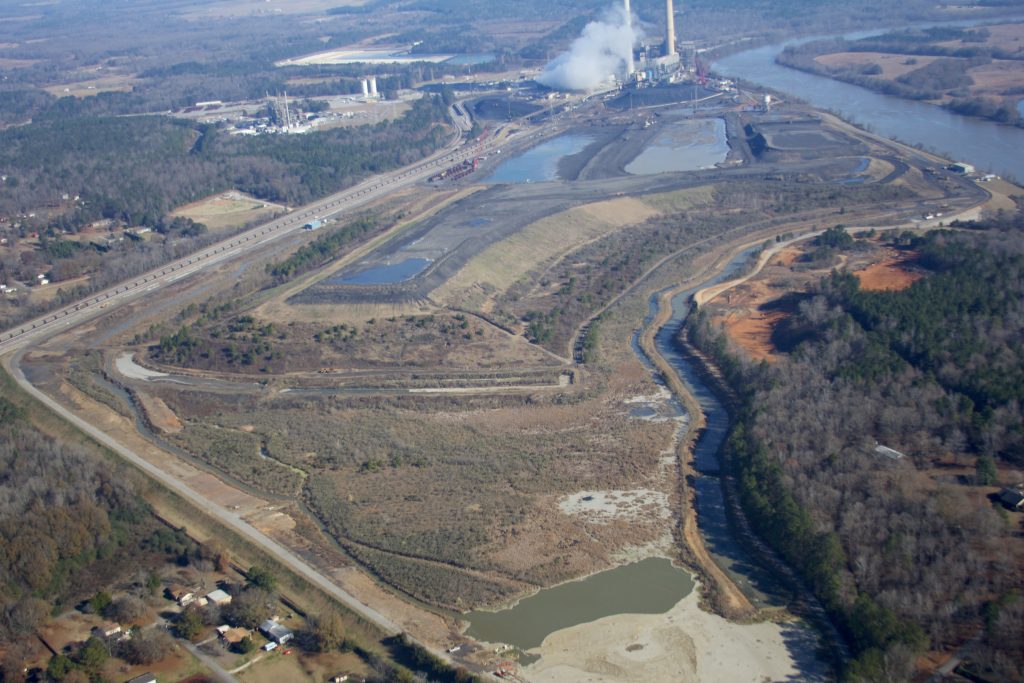 A view of the Gaston Steam Plant with the Coosa River to the right. Photo (c) Frank Chitwood. Flight provided by SouthWings.

In its filings, Alabama Power Company also details its shortsighted plan to leave all coal ash in place in Wilsonville. The Closure Plan details that the ponds will be dewatered and then a cap will be built on top of it covering approximately 270 acres. The plan would leave a large toxic waste dump right in Wilsonville forever and no development could take place on top of it. A similar closure plan was executed by Alabama Power Company in Gadsden. Coosa Riverkeeper is strongly opposed to the plan to leave toxic coal ash next to the river banks and Wilsonville.