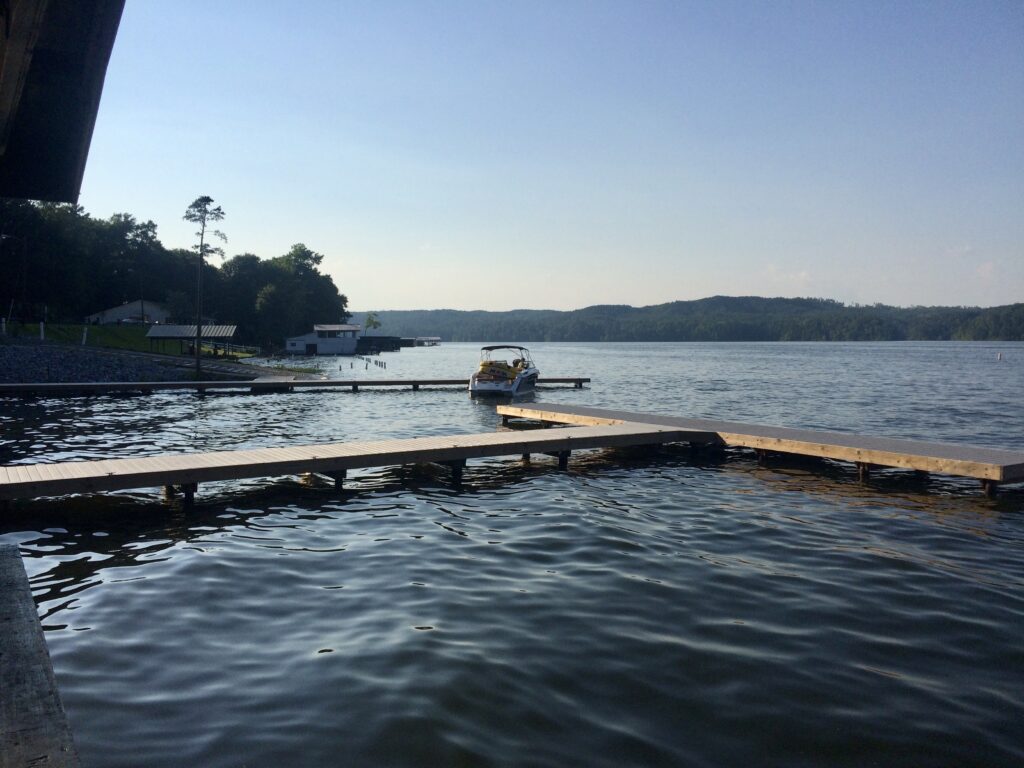 From its headwaters in Georgia and Tennessee the Coosa flows to Alabama where a series of impoundments cover the magnificent shoals that so famously dominated the Coosa in the steamboat era. Those impoundments created six large lakes, Weiss, Neely Henry, Logan Martin, Lay, Mitchell & Jordan, that are a major part of life on the Coosa and where tens of thousands of people live in lake homes, fish and swim.

Lay Lake is the oldest lake on the Coosa, having been created in 1914. Because there are a lot of stumps that were left in Lay Lake when it was built, it is very important to stay within the channel markers on the lake. When heading upstream, keep the red markers to your right. When heading downstream towards Lay Dam, keep the green markers on your right.