Due to the damming of the Coosa River, which began over 100 years ago in 1914, the Coosa is hardly a river in the colloquial sense, it is more so a series of artificial lakes. The damming of the Coosa forever altered her history and course. But it is not just the main stem of the river which has been dammed, for many of her tributary streams, her creeks, have been dammed as well. For some dams still in use, we advocate for ways to reduce the impact the dam may have on the river. For those which are abandoned on smaller creeks, if the conditions are right, we look for partner organizations to help us remove the dam and restore the stream.

There are eight Alabama Power dams on the Coosa River which hold back six recreational lakes used for fishing, lakehomes, and boating. These lakes, upstream to downstream, are Weiss Lake, H. Neely Henry Lake, Logan Martin Lake, Lay Lake, Lake Mitchell, and Lake Jordan. These dams were constructed in the 20th century and converted a fast-moving river into a series of artificial lakes.

The construction of the dams also sent 36 species into extinction. According to the Center for Biological Diversity, this is the greatest extinction event in modern North American history. Alabama ranks 2nd in the nation in species extinction and habitat loss due to stream impoundment is a major reason for this ranking. 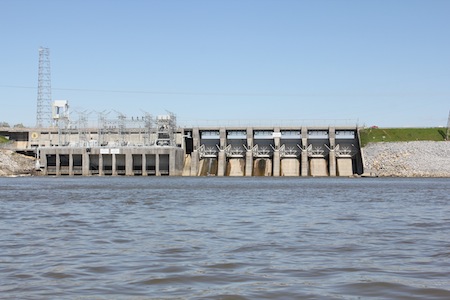 The total generating capacity of the 6 dams on the Coosa is 960,900 kW. None of these dams have locks, and therefore it is not possible to navigate from one lake to the other by boat. Paddlers interested in paddling the entire river may portage around the dams. Information on portaging around the dams can be found on the website of Alabama Scenic River Trail.

Work is already beginning to remove unused dams from our streams. In November 2013, Coosa Riverkeeper and several partners removed an abandoned mill dam from Big Canoe Creek to restore connectivity, open up the stream for fish migration, restore aquatic habitat and curtail erosion.

The video below shows the whole story in only 4 minutes! 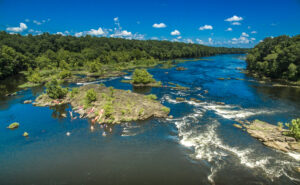 A Reflection on MLK Day

A Wade Down Sofkahatchee Creek 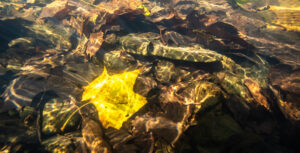 We Owe This Movement to Veterans 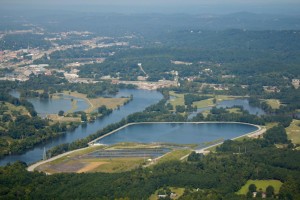