Fishing for Answers: a brief history of PCBs in the Coosa Valley

When I was a kid, there was a small creek (more like a ditch) that was near my grandmother’s backyard in Anniston. My dad told me I couldn’t get in it because it might make me sick. Little did I know that years later, that experience would define my career.

Polychlorinated biphenyls (PCBs) have no odor and range from colorless to light yellow. They are mixtures of 209 individual chlorinated compounds.

PCBs can enter the air, water, and soil during the manufacture, use, and disposal as well as accidental leaks or spills during transport.

PCBs were used as an industrial lubricant in heavy machinery and were banned by 1979. They were also used in paints, newspaper adhesives, deep fat fryers, and bread wrappers.

In the 1930s, electrical appliances were growing in popularity across the nation, which also increased the need for PCB manufacturing. In 1935, Monsanto purchased the Swann Chemical Company in Anniston and began commercially manufacturing PCBs for the first time in the U.S.  During its forty years of manufacturing, the Monsanto Company (now called Eastman) flushed tens of thousands of pounds of PCBs into nearby creeks, specifically tributaries of Choccolocco Creek, and buried in a landfills. They produced PCBs at the Anniston plant until 1971, 8 years before PCBs were banned by the federal government.

Why PCBs are Considered a Carcinogen

Studies conducted in the late 1970s have provided conclusive evidence that PCBs causes cancer in animal. Studies done on humans strongly suggest PCBs are a  probable carcinogen. Additionally, PCB composition changes after it is released into the environment! The types of PCB compounds that bioaccumulate in sediment, fish, and other animals are said to be the most carcinogenic. As a result, folks who eat these fish and animals are exposing themselves to more toxic PCB compounds.

Other Effects of PCBs on Your Health

Children of women exposed to PCBs have shown a decreased birth weight. PCBs can be passed through breast milk.

Studies have shown that animals and humans exposed to PCBs have shown significant neurological deficiencies in children (learning, visual recognition).

People who have been exposed to PCBs have shown decreased thyroid hormone levels, which are extremely important for normal growth and development!

How PCBs Impact Your River and Your Catch

Choccolocco Creek is the creek that received ALL of Monsanto PCBs ladened water has a NO CONSUMPTION ADVISORY for ALL SPECIES! In total, there are 34 fish consumption advisories on the Coosa River for PCBs and methylmercury. To learn more about the advisories and how to reduce your exposure, visit CoosaRiver.org/FishGuide! 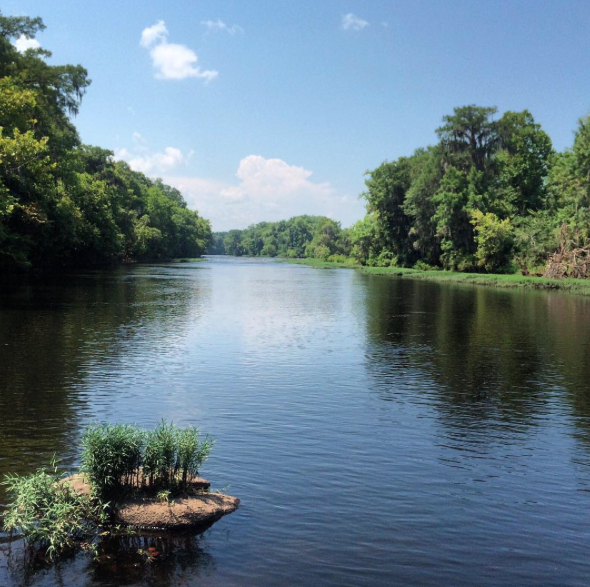 How to Reduce Your Exposure 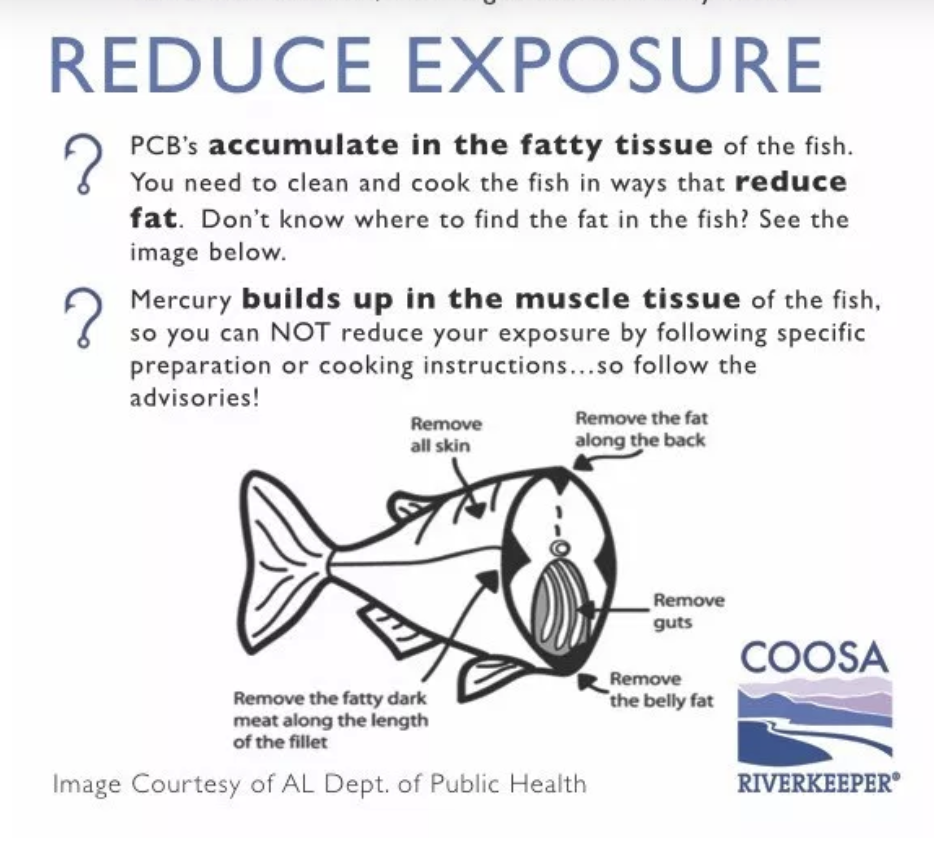 PCBs are found in the fatty tissue of the fish. In order to reduce your exposure you need to clean the fish to remove all the skin and fat. In addition, it is important to remember DO NOT reuse your frying oil multiple times… (we get it, that’s what grandma did ’cause the seasoning is better)! PCBs are a fat soluble contaminant, so be mindful of how you prepare and cook your catch!